Skip to content
HomeReview: The Aberration, by Bard Constantine

The Aberration (2012)
By Bard Constantine
How did I get this book? I bought it.
Available on Amazon. 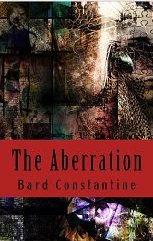 The Aberration reimagines our world as subject to incursions from a sort of demon realm. Defending us is an ever-shrinking group of chosen (or maybe cursed!) people. Reborn again and again, these people fight off each incursion, or “aberration.” Every aberration puts the whole world in danger. So far, the demons have failed to win, but over time, our side has taken heavy losses. The situation has become dire.

This taut, well structured, novella-length horror story provides a great reading experience. The book makes use of a tried-and-true horror plot: a small, varied, and nicely drawn group of characters are besieged by monsters in a creepy environment (a mechanized flour mill, in this case). Constantine’s third-person narration moves fluidly among various points of view — the hero’s, those of several of the other characters, and that of the police captain investigating the aftermath of the story’s main events. The monsters are well realized — I found the initial shape of the “Others” particularly shudder-inducing … brrrr — and the fight scenes are handled clearly and tightly. The Aberration is a very satisfying read, standing out as new and creative while meeting the expectations of its genre.

The book does have minor writing errors. Semicolons are misused at times, and some sentences, especially early on, have verbiage that probably should be trimmed away, given the spare, direct prose common to the genre (“The television uttered garbled idioms, hypnotic suggestions that died futilely within his unheeding ears …”). But most of the writing glitches are simple proof-reading issues (stuff like “its” vs. “it’s”); a quick run-through from a pro would catch these and lend the book the polish it deserves. Overall, the glitches didn’t impede my reading experience. The story and characters easily transcend them. And the ebook’s formatting is perfect.

I think Constantine could improve on the book’s cover. He’s used an abstracted, collage-like artwork depicting warriors, and it no doubt looks terrific on the paperback — disturbing, yet classy. But when it’s shrunk down to thumbnail size, it’s impossible to make out what you’re looking at, and seen in black and white on my Kindle screen, even enlarged, it’s pretty much a muddy blur of indecipherable shapes. The media just aren’t doing justice to it, and that might make the book less attractive to readers. And that would be a real shame — this is a book that should be read.

An edited version of this review will be cross-posted to Amazon.